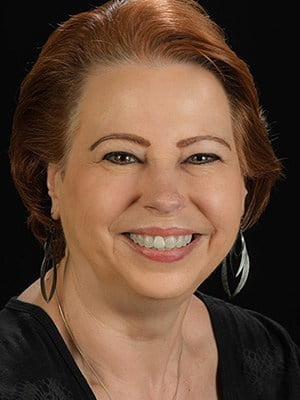 Hazel Meredith is an award-winning photographer and a sought-after teacher, speaker, and competition judge. She began teaching in 2007, and now does seminars at camera clubs and conferences across the U.S. – both in-person and virtual. She offers her own workshops and webinars, and has done webinars for several software companies.

She released her first eBook, “Working with Textures & Overlays: Turn Ho-Hum into a Work of Art” in 2015, the sequel in April 2019, and released her first course, “Creating Your Own Textures” in 2022. Hazel loves the creative aspect of photography and post-processing, especially the use of textures, overlays and software to create unique images. She enjoys teaching and sharing her techniques to assist other photographers in realizing their own creative visions. In 2017 she and her husband, Dave, founded the “Creative Photography Conference” in New England. After several successful in-person events, they began holding Virtual Conferences to reach a wider audience.

Hazel is actively involved with the photographic community, and has held leadership roles and received honorary distinctions from several organizations. In the Fall of 2020 she was the recipient of the Ashbrook Award for Digital Imaging Instruction from the Photographic Society of America. She believes that camera clubs are a great way to share the passion of photography and keep learning and sharing new techniques.